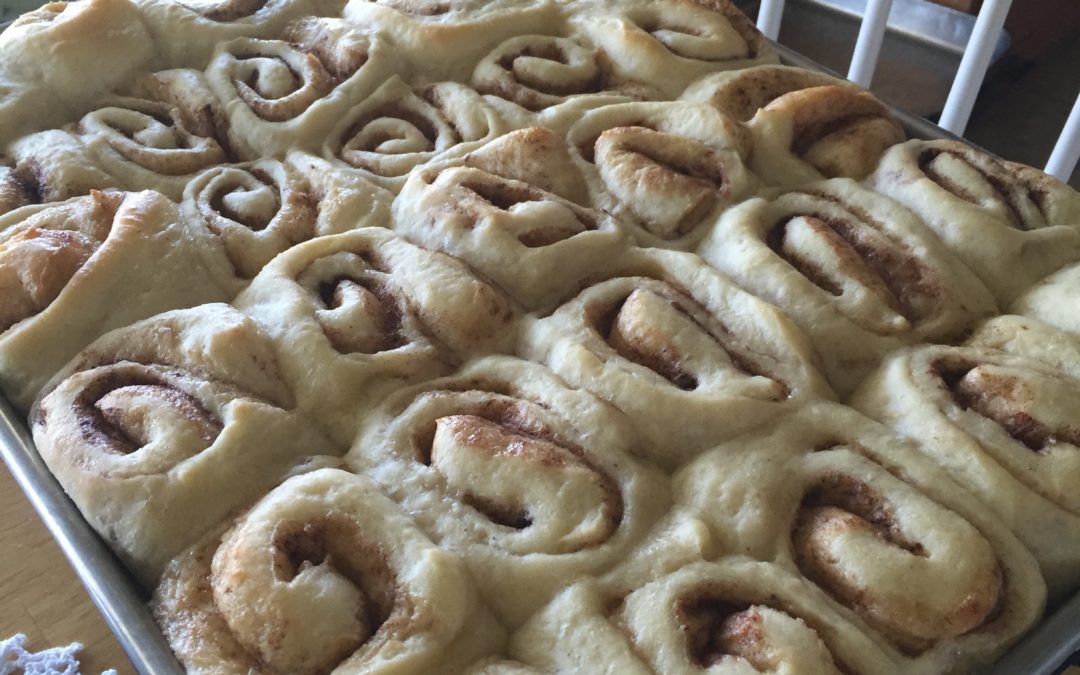 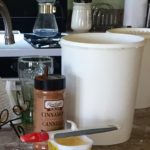 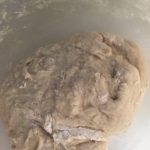 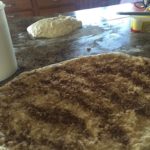 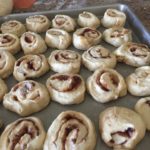 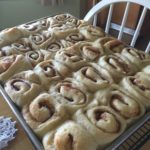 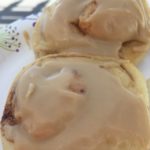 My mom’s cinnamon rolls have always been part of my memory.

When Brenda and I owned a restaurant back in the early 90’s, mom came in and worked with the bakers till they had her recipe perfected and then they were on the menu as…My Mom’s Cinnamon Rolls.

Cody has consumed a full dozen over the course of a couple hours. In case you’re wondering, that’s a family record!

I however had never been trained in the art of baking cinnamon rolls…until today. Today, I spent the afternoon under mom’s tutelage learning the fine art of “a little bit of this and a little bit of that” and in short order we had mixed, raised, rolled and baked four batches of rolls.  So, tomorrow morning when we gather at GCC Elkhart for our Volunteer REfresh Training (9a – 12p) I’m going to eat a few of these bad boys. If you’re still on the fence about joining us, I hope these pics put you over the edge. But if they don’t, no problem, we’ll enjoy a few extra cinnamon rolls on your behalf. 🙂