Baptism and Rules and Regulations 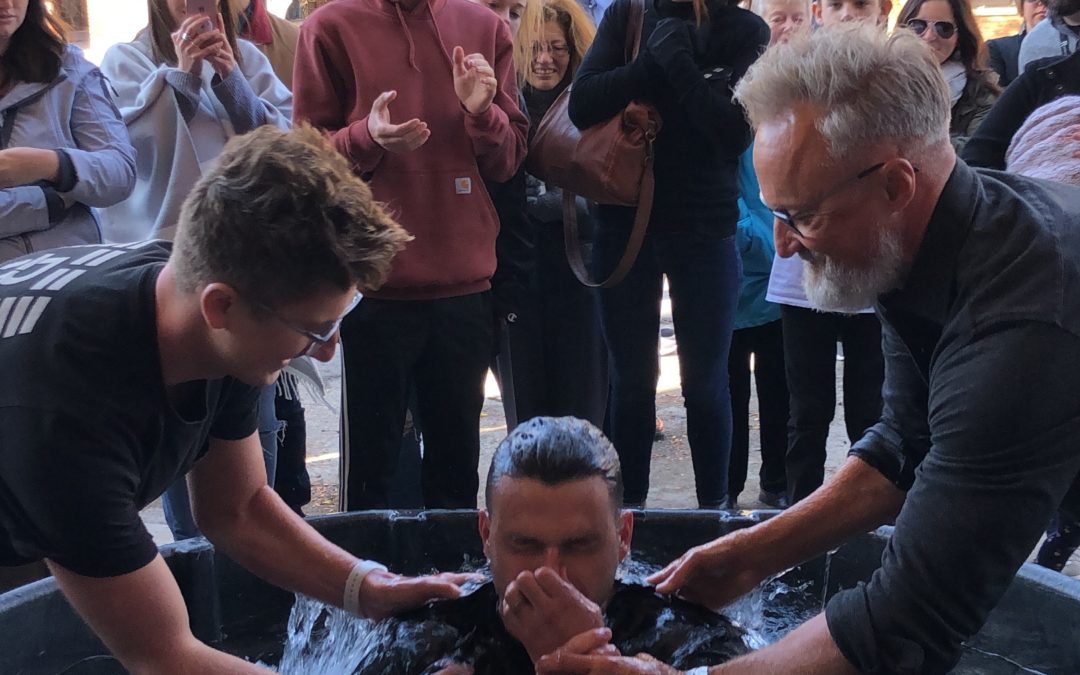 Several weeks ago we celebrated baptisms at RESTōR and it reminded me how we humans are inclined toward measurable outcomes, rule-keeping and man-following. Unfortunately, this seems especially true when man-made rules and religious traditions have been part of our faith journey.

Last year I happened on a video in which a former member of a “rule-keeping, tradition-bound church” was preaching and talking a good argument regarding water baptism. In his teaching he seemed to negate the efficacy of any water baptism other than full immersion. Oddly, (and this is an aside) I also observed that, when taking someone under the water, there was a moment of keeping them under that was unusually long. When someone asked about this, his explanation was that he believes that if they struggled while under water this would be an indication that there were areas in their life that had not been fully submitted to the Holy Spirit. (I tend to think that it likely has more to do with fear of drowning.)

As I watched, a local (one of my former) pastor and his wife proceeded to be baptized through immersion and members of their church did the same. During their moment of testimony, there was a reference to an “enlightenment” regarding water baptism through immersion rather than sprinkling or pouring. In other words, although the church and, from my point of reference, the Anabaptist movement (of which they were a part of) in particular, has been pouring for centuries, this method is no longer valid. Here’s the thing, I have no issues with people being re-baptized, but what troubles me is the insinuation that negates someone else’s experience simply because you’ve been “enlightened”. I have baptized plenty of people and immersion is how we do it at our church – but that doesn’t reduce the efficacy of other methods.

There is very little written about baptism in the scriptures. What is there indicates that immersion was the method of the early church. But nowhere do I read anything about how much water or the temperature of the water, river water or pond water or salt water or anything else in regard to method or practice. What I do understand is that baptism is an outward indication of something that Jesus has done in the depth of the person being baptized. Something that results in a desire to participate in the sacrament of baptism that was established by Jesus Himself.

If we bottom-line it, it is and always has been a matter of the heart.

No amount of water is going to curry more favor from God. His favor is already on us.

Many of us just don’t know that to be true. We are out of alignment with who He says we are. We have diminished His love and grace to what we are able to grasp, to get a hold of, get our head around and when that isn’t sufficient we resort to rule-keeping and man-pleasing again. It may look different, but it’s rule-keeping and man-pleasing all the same. Maybe it’s just that we’re making the rules instead of someone else. Maybe it’s our own attempt to control what is only meant for God to control. Maybe we should release our grip, open our hands and surrender.